Have you ever taken a sip of water from the kitchen sink and noticed that it tastes a little salty? You might have even seen those little white crystals around the rim of the sink and wondered what they were. The first thing to know is that all water contains some dissolved minerals, including salt. However, the amount of salt in water varies depending on where the water comes from.

These dissolved minerals give water its characteristic taste. For example, water that contains a lot of calcium might have a slightly metallic taste, while water with a lot of sodium might taste salty. The human tongue can detect very small amounts of salt, so even if the concentration of salt in your tap water is low, you might still be able to taste it.

As for those white crystals around the rim of the sink, they’re most likely made up of calcium carbonate. When water evaporates, it leaves behind any dissolved minerals it contains. So if your sink is made of materials like porcelain or enamel, which are porous and absorbent, the minerals in the water can start to accumulate and form those white crystals.

See also  Can You Drink Sink Water on a Cruise?

Although salty foods may make us thirsty, we need sodium for crucial processes in our bodies like muscle movement and controlling blood pressure. According to the National Kidney Foundation, “The body also uses sodium to control blood pressure and blood volume.” But if you have too much salt, it can lead to high blood pressure and cardiovascular disease.

If your sink water has a high concentration of salt, it’s not likely that you’ll drink enough of it to put your health at risk. But you should still be careful not to consume too much salt from other sources, such as processed foods or takeout meals.

In general drinking tap water is safe, yes. However, if your tap water has a high concentration of other dissolved minerals besides salt (such as calcium or magnesium), this could pose some health risks.

Salty seawater on the other hand is unsafe to drink. This is because it contains a high concentration of salt, and drinking too much salt can be harmful to your health. For example, too much sodium in your bloodstream can lead to high blood pressure and cardiovascular disease.

If you’re concerned about the quality of your tap water, there are ways to test its mineral content. You can contact your local water authority, or you can buy a home water quality test kit.

While salty water may not be harmful to your health in small amounts, you should be mindful of your overall sodium intake and consult a healthcare professional if you’re concerned.

If you’re concerned about the amount of sodium in your drinking water, consult a healthcare professional for advice on how to maintain a healthy salt intake.

Whether or not it’s healthy depends on your individual needs, so be sure to consider your diet and lifestyle when making decisions about how much salt you consume. 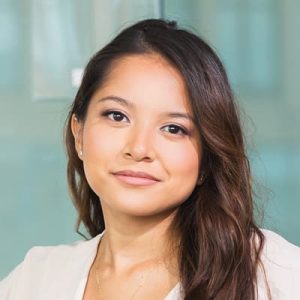